Feeling Lonely: an epidemic of our times 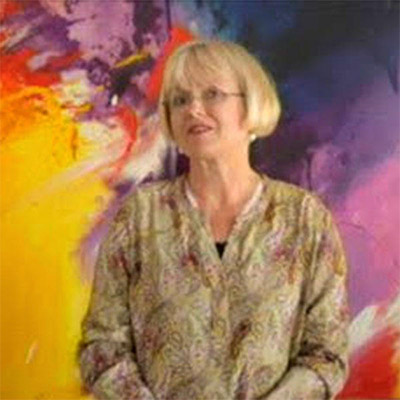 « I am completely alone. I have no one to talk to, no family, no friends and my pain is unbearable. I have no hope of it ever ending.»

Volunteers from Helplines around the world will recognize this terrible cry. Our callers express these feelings at all times of the day and night with peaks of suffering at Christmas or during holiday periods when callers feel particularly excluded from what they believe to be normal social intercourse.

Many changes in our modern ways of life can help to explain these feelings. Social units have become smaller and more fragile as from the extended family we moved to the nuclear family and then, for an ever growing percentage of citizens, on to the single parent family or indeed the single person living alone. A smaller unit is more vulnerable when accidents occur. Unemployment, poverty, ill health, disability, divorce, bereavement, old age, all of these common events weigh more heavily on those who are alone and can further isolate a person.

You would think that virtual relationships through social media might alleviate these feelings of loneliness but for many it is quite the opposite. They often increase feelings of inadequacy and isolation.
Loneliness for the old is a recognized and well documented problem: bereavement and ill heath are just two of many things that can explain why the old become victims of loneliness and isolation. However there is growing concerns that many age groups in society are now experiencing loneliness, groups that you would normally imagine to be protected from such suffering. From school children, university students to young mothers and the unemployed, the list is long and the reasons why so many people of all ages are experiencing these feelings are complex. We also know that those who experience feelings of loneliness can often become trapped and unable to create meaningful relations with others.

What is the role of telephone emergency services?

They are a safe place for those in need to share their thoughts, to have a genuine human relationship for the time of a telephone call or an internet chat. Just telling somebody who cares how difficult your life has become can bring relief. Callers are often people who believe they have absolutely nobody they can turn to. Helplines are often a first port of call for those paralyzed by their despair and they are, as a voluntary structure, a relatively economic service which can unburden more costly professional structures such as hospitals and the police.

They are a safe place for those in need to share their thoughts, to have a genuine human relationship for the time of a telephone call or an internet chat. Just telling somebody who cares how difficult your life has become can bring relief. Callers are often people who believe they have absolutely nobody they can turn to. Helplines are often a first port of call for those paralyzed by their despair and they are, as a voluntary structure, a relatively economic service which can unburden more costly professional structures such as hospitals and the police.

Calling a telephone emergency number is not about chatting to pass the time (even if that is sometimes what the caller wants). Instead it is a moment when trained listeners put their personal preoccupations to the side and offer to listen attentively, without interruption or judgment and give the caller feedback on what they have heard in a respectful and sincere way. In the best of cases this apparently simple act can enable the person to overcome their anguish and once more become actors in their own destiny. When callers remain unable to leave their spiral of isolation and pain then the listening service becomes a life-line that the caller will sometimes reach out for over a matter of days, weeks and even years.

While the ability to listen is a skill that is at the heart of suicide prevention, we believe its importance goes even further. The ability to give undivided attention and time to another is a skill that Telephone Emergency Services wish to propagate in all walks of life and as our work develops, we look to enlarge our network of trained people who can offer this essential skill in many different situations, both in the private and professional fields. We live in a world of communication but although those that wish to speak are legion, the ranks of those who really listen are meager. For a healthy society that takes care of the emotional well-being of its citizens we need to increase their number. Communication cannot take place when we lose the capacity to hear what people are saying and are only concerned by the cacophony of the saying!

IFOTES is a federation of over 20 national Telephone Emergency Services, NGOs that offer this special kind of listening service around Europe and further afield.
Every three years we organize a congress for volunteers from our member associations on a theme that is both important in suicide prevention and general areas of emotional well being.

I am happy that in 2019 we will organize our Congress on the theme of Loneliness in the beautiful city of Udine, Italy. As a member of the WHO European Healthy Cities Network since 1995, lead city of the WHO Healthy Ageing Task Force, and holder of the Vice Presidency of the Italian Healthy Cities Network, Udine is also concerned to combat the problem of loneliness amongst its citizens and IFOTES is delighted and proud to join forces with the city in this project.

Congress time is important for volunteers. They often work alone listening to those in despair and a congress is a time of sharing, of listening to each other, of learning from scientific experts and of meeting volunteers from all over Europe and beyond.

At this congress we will also have the pleasure of sharing activities with Udine citizens.
IFOTES will thereby continue its vocation of spreading the art and the science of good listening practice, a skill which we believe can enhance emotional well-being both of the person being listened to, the person doing the listening and society as a whole.

The above document is available in your language, select it from the menu to download the PDF file: 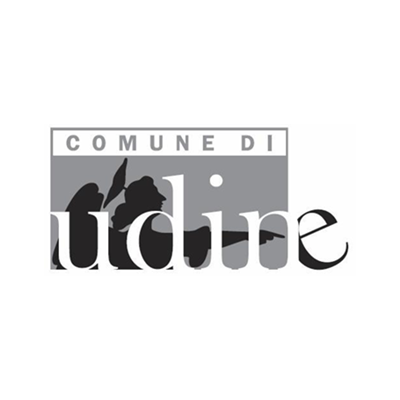 It is a privilege to host in Udine the 2019 International Congress of Telephone Emergency Services and Help-lines (IFOTES).

The issues that will be addressed and discussed during the meeting are of the utmost importance for cities in present times. The outcomes of the Congress can offer valuable insights to NGO’s, local authorities, and families to provide better support and counselling to the weaker members of our communities.

Although material well-being and prosperity is apparently growing in modern cities, urbanization is more likely to lead to an increase in selfishness, resentment and intolerance rather than altruism, solidarity and inclusion. Health services can be obtained more easily in cities as far as the purely physical needs are concerned, but mental, emotional, and relational well-being is usually overlooked. Somewhat paradoxically, although population density is increasing, solitude is evermore the common condition of the urban dweller: “alone in a crowd”. Population ageing is also contributing to creating less supportive or more single-component households, than in the past. Furthermore the all-absorbing hypertrophy of digital social media is reducing social and listening skills among the Millennials, thus increasing isolation and frustration. These feelings are experienced also by the most vulnerable people, being excluded from the social norms because of low income, social standing and assets, unwritten rules of society and markers of social acceptability.

Throughout its long history Udine has always been a very hospitable city. Although it has been invaded many times since the Middle Ages, being Italy’s door to the east, nevertheless it has always proved to be resilient and inclusive to newcomers. Moreover since the mid-nineties it has been very active in promoting a holistic approach to the well-being of its citizens in the spirit of the WHO Healthy Cities Network, offering services and initiatives specifically targeted for different age-groups and addressing, besides physical also mental, emotional, and relational health.

Friuli, the region of Udine, situated in the centre of Europe, where the Latin, the Slavic and the German cultures meet, was described by a foremost Italian writer of the XIX century, Ippolito Nievo, as a compendium of the universe for the bio-diversity of its territory and the pluralism of its cultural milieu.

I sincerely hope that IFOTES will have a memorable and fruitful Congress in Udine and that all participants will enjoy also our rich cultural heritage, our landscapes, and our wine and food specialties.

The above document is available in your language, select it from the menu to download the PDF file: