Exibition: The Life that turns around me

In his search for the sparks that arise from the encounters of different languages ​​of art, The life that revolves around me is a journey through the photographic works and the imagination of Maria Evelina Buffa Nazzari, an artist who usually expresses herself in the theatrical. An actress from the age of twenty, in mature age she discovers more intimate and solitary paths along which her exploration of the soul and the human condition continues. With writing, it is in its fifth publication, and with photography, for a long time only an exciting game, at its third exhibition, after that hosted at the headquarters of the Council of Europe, in Strasbourg and in the Roman galleries Artificio and La Pigna in addition to participation in the Triennial Visual Arts Exhibition, Rome 2014.The works presented, with the title «The life that revolves around me», try to capture fragments of the inexhaustible human diversity, and evoke the fragility of contact and communication, attributing, even to inanimate objects, a suspicion of humanity. Men and women pass, stop, disappear. For an instant, that the lens eternalizes, they touch, and touch us, with a curious or distracted look, with a gesture, a silent word, or with the simple fleeting presence. Everyday objects await the life that will animate them or testify to appearances that have just vanished. Enigmatic graffiti question the passerby. Traces and passages lead an indistinct humanity towards unknown destinies. Of this life lived or suggested, past or future, Maria Evelina Buffa Nazzari is a curious and attentive spectator, but also, in her own way, a participant component, which she captures of herself and of people and things that surround her, sometimes through a particular iconoclastic, a segment of unrepeatable universality 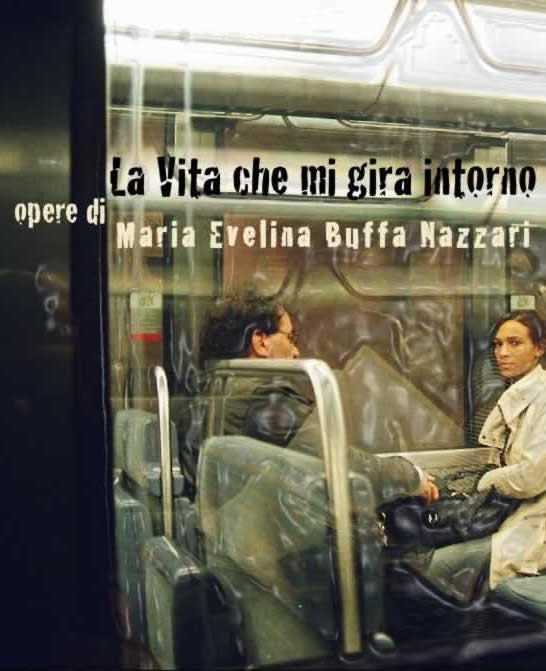 An actress from the age of twenty, at a mature age, without leaving the stage, she discovers more intimate and solitary paths along which she continues her exploration of the soul and of the human condition with writing and photography, participating in various exhibitions and publishing: After the End and Amedeo Buffa, aka Nazzari (Edizioni Sabinæ), E minor is the land (Various Authors, Edizioni Textus), Fratelli d'arte (with Silvia Toso, Edizioni Sabinæ), Elsewhere (Back in nine months and Carlotta's journey, two unique acts, IkonaLiber Editions), I often came second (Edizioni ikona Liber).

Share on:
Back to: Socio Cultural Program - 3rd July